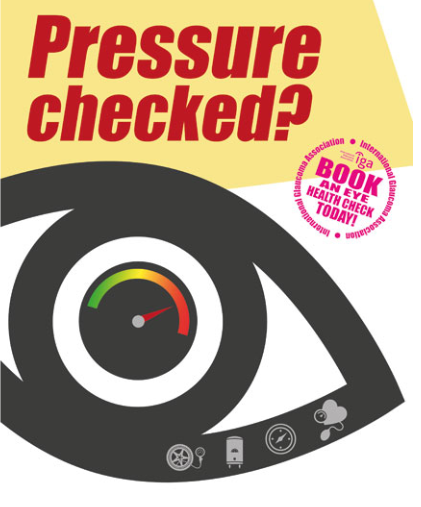 What have you checked in the last two years? #GetEyeWise

How often do you check the pressure in your car tyres, your boiler, your blood pressure? What about eye pressure though? Did you know that it is pressure which keeps the eye inflated, and if it is too high it can lead to irreversible damage to the optic nerve leading to loss of vision. It is estimated that there are 64 million people with glaucoma worldwide, and 600,000 in the UK, with half undetected.

“People have such a limited knowledge about the health of their eyes. All too often we hear that people do not have an eye health check until they realise that something is wrong with their vision. This is too late for glaucoma as a significant amount of vision will be lost, and it can never be recovered” comments Karen Osborn, Chief Executive of the International Glaucoma Association.

This year’s campaign is to educate people about the importance of eye pressure as part of a regular eye health check, as raised pressure can indicate glaucoma. If detected early, glaucoma can be managed and useful sight can usually be maintained throughout life.

The tests are quick, simple and convenient. A visit to your local high-street optician is all that is needed to see if you are at risk of glaucoma. There are three simple tests which include:

From 2017 onwards, many optometrists will be training for additional qualifications to enable them to better detect and monitor people with glaucoma in the community. A health check will show whether a referral to the hospital is necessary or not.

“Our helpline takes calls from people who are shocked to realise that had they had an eye health check earlier, then they may not have lost a significant portion of their sight. Glaucoma is known as the silent thief of sight for a good reason, as the brain fills in the missing parts of vision and it isn’t until there is significant sight loss that a person thinks to visit an optometrist who can help to detect what is happening”.

The IGA believes that everyone should have an eye health check every two years and more frequently if advised by a health professional.